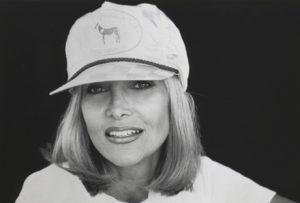 Nola Rocco has two strong passions: to become ageless through “attitude” and to live a total mind/body healthy lifestyle with a few beauty tricks on the side. Her blog, screenplays and novels are to spread this knowledge in a humorous and informative way to other women through her writing.

Nola writes in a contemporary, breezy, amusing style, with vivacious dialogue. The words inside are fresh, sassy and full of vitality, written for the 50+ audience. Her style is highly amusing and surprisingly clever showing a strong sense of how mature women think.

Her career as an award-winning writer has been recognized at the Austin Film Festival, The Houston International Film Festival, Hollywood’s TOP TEN writing contest and was a finalist at the Nicholl’s Fellowship. Nola also wrote and directed the film, WHERE’S MARTY? starring cameo roles by Betty White, George Lopez, Ken Howard and Tony Curtis. This film was successful and won a third place award at the Houston International Film Festival.

As a Life Coach, she graduated from the master’s program at Loyola Marymount University. After her divorce, and as a single mom, she taught, working with the gifted program within the L.A. School District. At this time she and her young students wrote, directed and filmed three award winning short films. Nola Rocco wrote for young adults then began writing for her peers dealing with women’s issues.