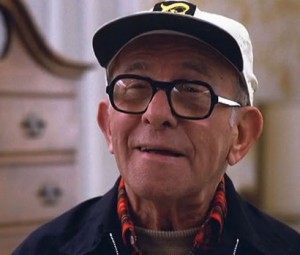 “If you live to be one hundred, you’ve got it made.

Our chronological age may be fixed, but our attitude is not cemented by our past experiences. Through our own expectations we can change our behaviors in ways we had never thought and then, so too, goes our limitations based on our race, religion, gender and age.

Our culture has expectations about how our life should unfold. You become a parent at 20 or 30, a grandparent at 60, you finish high school in your late teens and when you turn 65 you retire. You throw this “social clock” off if you hit the jackpot and retire at 25. In this case, according to the social clock, you instantly become 65. You can speed up or slow down your social clock.

Months after participating in their recovery at the Hidden Garden and following up on their lives, I learned invariability, over and over again, that many guests who had a cosmetic procedure, found that it was the result, no matter how minor, gave them a renewed look at life, a boost to feel better about themselves. It wasn’t so much about “looking younger” as it was about just “feeling better”. As they saw their new nose or face or body heal and take on a better appearance, they developed a more “youthful attitude”. This youthful attitude was a secondary result of a choice they made to change their physical appearance. I must remind readers that in many cases, as in a breast reduction, you did not see the results, only the doctor and patient did. And some facial changes were so minimal you’d wonder why they bothered. But to the individual that little nose bump or balled nose tip, hanging ear lobes or uneven hairline has bothered them for years. Over and over I would hear, “I don’t want to be younger, I just want to look better.” And psychological studies have proven that if you feel that you look good, you boost your self-esteem taking on a renewed experience in living—becoming more alive.

While I was running The Hidden Garden my daughter had earned her masters from UCLA and started to job hunt. For graduation I gave her a pantsuit, but it wasn’t just any pantsuit, it was Armani. She has told me many times how great she felt in that suit. Walking into her job interviews, she wowed them with her confidence. She was mindful of how that pantsuit looked on her and an unconscious renewed vitality took over her performance.

Ellen Langer is my hero. She has been described as the “mother of mindfulness”. The citation for the APA distinguished contributions award reads “…her pioneering work revealed the profound effects of increasing mindful behavior…and offers new hope to millions whose problems were previously seen as unalterable and inevitable. Ellen Langer has demonstrated repeatedly how our limits are our own making.”

Everyone is different and you need to find the strategy that works for you making you feel like you. But the main concept is that there is a strategy and one needs to become more mindful and willing to accept the fact that a change is needed and is within reach.

Fear blinds us. Fear of change can stop us from having a more enriched, longer and more youthful life. In most cases, fear is blown so out of proportion accepting what may be true for one circumstance and apply it to all situations. A common excuse I hear, “I’m too old” or “Am I doing the right thing?” We are afraid of being embarrassed. If we become more aware of the situation and see it from many sides, giving us more information, we can make better choices.

Fears can become so serious they can cause a panic attack. Panic attacks strike twice as many women as men and can lead to serious phobias. In fact, panic attacks can occur at any time, any place and appear in children as well as the elderly. Usually a panic attack has symptoms like a pounding heart, sweating, feeling faint or dizzy; flushing or chill; a loss of control, chest pain or the feeling of being smothered. With this comes the absolute belief that one is having a heart attack or on the verge of death. One can have many attacks or just only one. Often a panic attack happens out of an existing anxiety and can spawn a phobia, which usually has developed, unknowingly, over a long time. The famous movie panic attack was in Nancy Meyer’s film, Something’s Gotta Give, with Jack Nicholson and Diane Keaton.

It’s from the results of a panic attack, from a phobia, that I am writing my new book. Panic attacks can change your behaviors and your life as it did mine. I didn’t realize it until after my panic attack that I had thanatophobia–the fear of dying. This fear is the next most popular female fear after the fear of being a bag lady; that is, it’s the next most common phobia amongst older woman. One of the suggested cures, by the way, is to plan your funeral. Joan Rivers did a wonderful thing by planning her funeral and this concept should be more popular as it can reduce this anxiety for many of us. There are even “funeral dinners” where people discuss their plans, share ideas and select their music. However, my phobia was more severe, not just the fear of dying, it was the fear of dying alone, just like my mother. Then to top it off, as I live alone, I had an “extreme” case of thanatophobia as I was not only afraid of dying alone, but of not being found for days later. As part of my cure I wrote a screenplay, a comedy, about it, but couldn’t sell it, as Hollywood is not into women’s issues. So I wrote a very humorous novel, Excuse Me…I’m Not Dead Yet! It’s so important for me to share this experience with other woman and the writing has helped me express my fears.

I started asking my friends if they had a “fear” and I was not surprised to learn how many did. Some of the fears seem unbelievable like my wonderful friend Linda.

“I’m afraid of swimming in a swimming pool, alone”.

“…because of the sharks.”

To Linda this is not funny, it’s very real; and through my research, I realize how panic attacks, phobias, fear of change and breaking old habits all fall into the problems we need to address to becoming ageless.