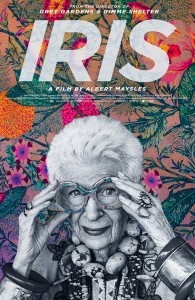 “Retirement at sixty-five is ridiculous. When I was sixty-five I still had pimples.” -George Burns

Many of our nagging complaints—hearing, vision, taste, memory, posture, gait, can be traced to age. Studies show that they can be improved once we remove the blinders we wear and become more mindful of our presence, become more involved with our life. At sixty and even at seventy, we are not stuck and not stop looking for the unexpected.

I was 55 when my daughter became pregnant, panicking that the stereotyping would add years to people’s expectations of me, I made it very clear to my daughter that I would pick the name I wanted my granddaughter to call me. It wasn’t that I wasn’t proud. I just did not want to be called “Grandma” or “Granny” or any cute name that would label me a grandmother. After being called, “Here she is!” for eighteen months, I settled on “Granola”. I couldn’t believe it took me so long to figure that one out.

Words like: decline, forgets, misplaced, need to be removed from your vocabulary. Retired, senior and even grandmother is a label that has a negative aspect of aging. The more we see ourselves taking on a more active role in our physical and social life, refusing to fall into the negative stereotype of being an old person, we will become more youthful. It will happen.

We have been culturally taught from an early age that a person with gray hair is old. When we see a young person with gray hair we assume that they are older than they really are and older people with tinted hair are assumed to be younger. We know this. But, did you realize that when you are perceived younger, you behave younger?

Psychology’s Feminist Voices profiles Bernice Neugarten, Ph.D. from Northwestern University, debunked many of the stereotypes about later life such as empty nest syndrome, midlife crisis and menopause as a traumatic experience. She was the first to conduct research on personality and aging, finding out that our personality changes as we age. Her work emphasizing the diversity in aging theorized that rather than a biological clock there were “social clocks” by which people judged our behaviors. And these age norms, these expectations, could have a strong influence on age-appropriate behavior.

Neugarten argued that age was an increasing bad predictor of a person’s health and ability to function. We are not controlled by our biological clock, it’s the social clock that restricts us when we fall into the stereotype comments: “I’m too old.” We need to change our understanding of the “social clock” game—the expected life cycle, the expected age-appropriate behaviors and choose not to be limited by the age related norms governed by events in society.

Our chronological age may be fixed, but our attitude is not cemented by our past experiences. Ellen Langer, PhD., from Harvard University, reveals in her research the profound effects of increasing mindful behavior and has demonstrated repeatedly how our limits are our own making.

“Age” is just a number. Becoming ageless is “doing” positive actions to the point they become a positive habit in your daily life. The more mindful a woman is refusing to accept limits no matter her age, her overall mental and physical health will improve. When you chose these new behaviors to change your lifestyle, you are more youthful.

There seems to be strong signs of a relationship between expectations of aging and the physiological signs of health. Negative age stereotypes that we unconsciously assimilate as we age become a self-fulfilling prophecy. As to men who go bald early in life often perceive themselves as older and may, because of those expectations, actually lead them to experience the effects of aging earlier. I think the reverse can be true. If you see yourself as being younger, you experience the effects of aging later.

How many times have we heard complains about a physical deficiency with the excuse, “My mother was like that,” accepting it as fate. Why do we presume our senses, sexual desires, stamina, mental abilities and physical decline happens to everyone when they turn sixty? Who says that once we turn sixty-five we have to stop playing singles tennis or at seventy we can’t take a bicycle the South of France? I have to quote Dr. Langer, “Every day we learn something we accepted as true the day before is now false. It used to be that butter was better. Then margarine was the only way to go. Now butter is back, but olive oil trumps them all. Any attempt to keep up with all the new medical findings is stressful enough that it’s likely bad for our health.”

It’s time age gets a new look. Healthy woman in their late forties are having children. No one is saying they are too old. A young person misplaces her keys, but if it’s you—the older woman, you have “forgotten” where you left them. At what age does the same situation become a different diagnosis?

Our health is not fixed. Nor is it sealed by our past. Our health changes and we need to be aware of these changes and take control. Stereotyped numbers objectify us leading to self-fulfilling prophecies.

Yale researcher, Becca Levy told The New York Times, “People have encountered negative stereotypes for so long, in media, marketing and everyday conversations, that people build up ways to hold onto them.” We need to be more actively mindful of what’s happening around us, how we are being treated by others—family, friends, employers, spouses, lovers. There seems to be so many women walking around with blinders on. Look around and look for what’s different, change your expectations, stop the labeling, stop the stereotyping, stop the “social clock”.

Stop wasting precious enjoyments of increased health, creativity, memory, vitality and happiness. There are no limits we have only to make that choice.