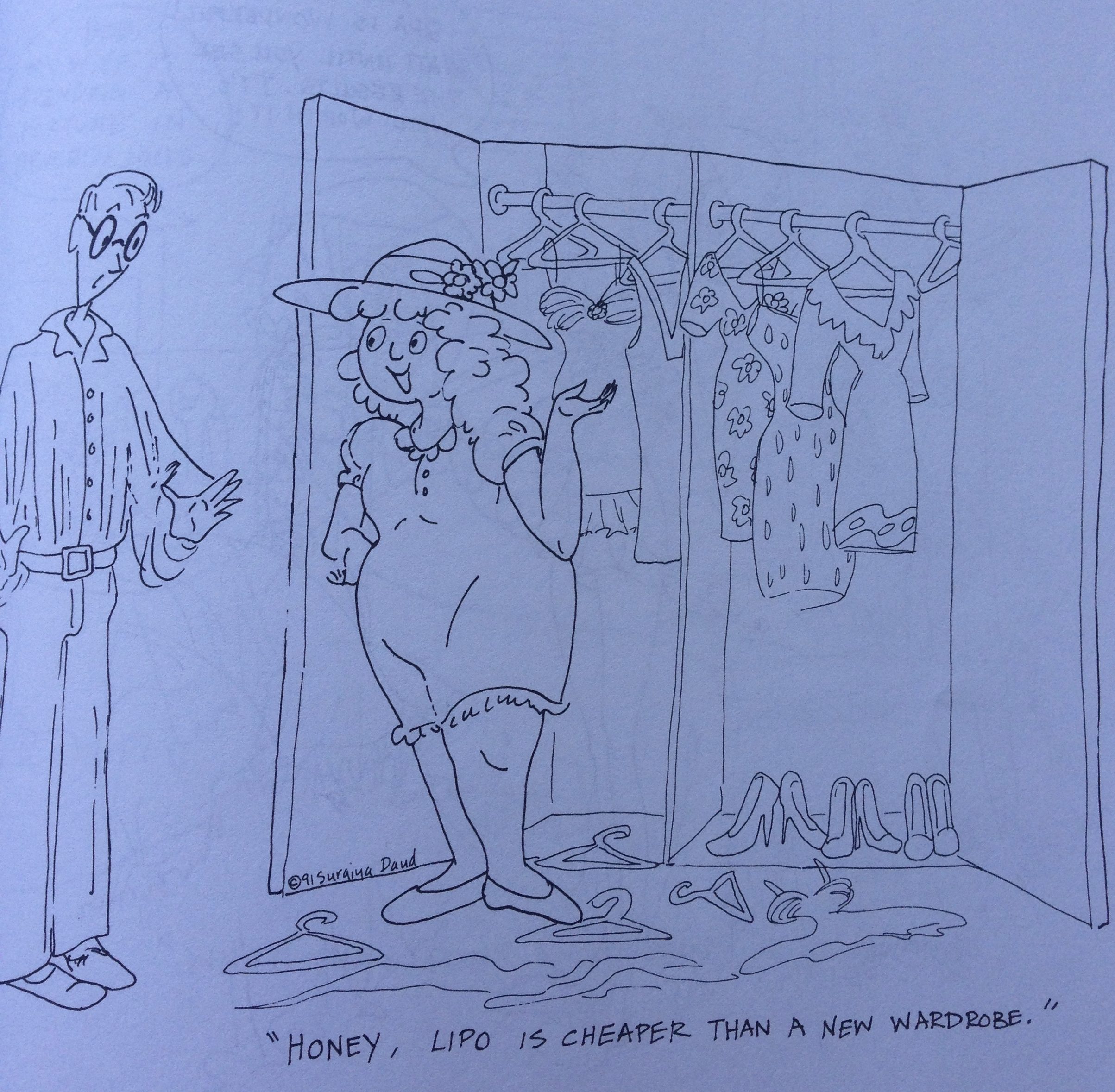 “If you live to be one hundred, you’ve got it made. Very few people die past that age.” –George Burns

For over thirteen years I was a nervous wreck. I had special hotel guests–mainly the rich and famous–sporting bruised and swollen eye sockets and covered in white gauze head dressings, sneaking in the back door hiding from the paparazzi, desperately in need of immediate beds, care and pampering. You can understand why I was in such a state. No one in her right mind would have opened and managed such a business and name it THE HIDDEN GARDEN HIDEAWAY. I was 48, single putting my daughter through college. In those thirteen years I had hardly a date, never finished a script, never had a Thanksgiving or Christmas and only one vacation. The reason I wanted a quiet, secluded business was to enjoy just those things.

It all started in the late eighties that I decided to get my eyes done. I was forty + and no question that I needed it. Besides, I was working in the film industry trying to sell scripts to a much younger generation. Competition in Hollywood is fierce and walking into a room of twenty-year-olds made me cringe with insecurities about everything, my writing, my hair, my clothes and especially my age.

The doctor assured me, ”It‘s a simple procedure and afterwards you go home with a friend”. So I did. The day of surgery went well and my girlfriend picked me up. My good friend took me to her house to spend that first night. Bruised and bloody, groggy with foul smelling breath, exhausted and thirsty, I crashed, a terrible houseguest. The next morning, I looked like some foreign person had invaded her guest room. My swollen eyes refused to open, although we used the frozen peas suggested. I was a mess. I was miserable. My friend was miserable. Later I felt so guilty, it was totally unfair to ask a friend to play nursemaid all night and then have to go to work in the morning. What was I thinking!

Where do women go when they want to have cosmetic work done? After all, this is Hollywood. Celebrities have procedures done all the time. Where do the rich and famous go? I checked the phone book and there were over sixty plastic surgeons in Beverly Hills. Why would anyone want a friend, let alone a husband, take care of them? What do they know about frozen peas and that an ice pack causes frostbite on your face.

Why would anyone want to go to a major popular hotel? How could they sneak in without being noticed, walk through a lobby, go up an elevator? That’s when the “light bulb” went off. I had always wanted a small boutique hotel, bed and breakfast kind of place. It’s a perfect job for a writer. One could write and wait for the phone to ring to book reservations. Most of the day would be quiet and I would serve afternoon tea. I had a few good assets: knew how to make beds and boil water.

That’s when The Hidden Garden Hideaway Retreat, was born. And over the next thirteen years, hiding some 4,000 celebrities, royalty and international politicians, I had not finished one script as the anxiety of managing this type of business was beyond anything you can imagine. Working with the rich and famous is intense, they were my priority 24/7 for thirteen years with just one break for my daughter’s wedding. For these high profile guests, this was one of the most important “secret” times in their lives and dangerous, like with any surgery it could be fatal.

Yet, I have to confess, as intense as it was, it was incredible fun.

On the day of their surgery, the doctor would decide if his patient would be healthy enough to go to his home with an adult friend. Once the doctor signed off, then that person would be eligible to be one of our guests. Most guests had no idea that they were going to be in a head dressing with drains or a liposuction garment even if they were forewarned. Somehow, people only hear what they want to hear and we found that few read these pre-op instructions and most had no clue what to expect. Even if they knew someone who had the exact procedure, they didn’t want anyone to know that they were doing it, so they wouldn’t ask them. Plastic surgery was still very “taboo”.

All the rooms at The Hidden Garden were private. Almost every meal was served in their room. Often husbands would visit at dinnertime, as we actually had visiting hours as we feared visitors might run into a surgical guest just arriving. We tried to discourage first day visits as in most cases the new guest needed to sleep. And several times husbands fainted. But visitors were good at helping with the meals preventing the guest from spilling their soup, an effort appreciated by the staff.

We had many, many funny situations and some not so funny experiences. I remember one afternoon, our driver, Rick, had just arrived with a new guest, Susan, after her facelift procedure. Susan had the typical white gauzed helmet dressing, the earring tubes pinned to the side and swollen black and blue eyes. The nurse had made her comfortable in bed, I went into my Welcome to The Hidden Garden speech and ask for any special requests, like dinner from Spago’s—yes, we did order from the Beverly Hill’s restaurants, but not on the first day! This guest said she was expecting her husband and would I please keep an eye out for him. Well it wasn’t but a few minutes later the front door bell rang.

So I quietly escorted him into the room of our new arrival, Susan. Fortunately, she had ice packs on, hiding the black and blue and was resting peacefully, actually kind of out of it. He gave her a little kiss on the only part of her face that was exposed and he takes her hand in his. I left them alone as he started to make small talk. Only minutes later the doorbell rings again. This time there was a man behind a huge bouquet of flowers.

He follows me into the sitting room and up the stairs to Susan’s room where I whispered to the man sitting next to Susan.

The second husband sits down and takes over the conversation, Susan totally unaware of the switch.

I apologized to the first husband taking him to his wife, also resting with ice packs on her eyes.

“No problem”, he said looking at her, “they all look alike.”

Coming out of an anesthesia, many guests did not remember where they were as they woke up in the middle of the night not remembering that they had a procedure or waking up with nightmares–being chased by Marians was popular. A nightmare was so severe with one woman she had a panic attack and believed she was being held captive. As the nurse goes to call her doctor the guest runs out of the room, down the hall and out the front door running like crazy down a major Beverly Hills street. But what was scary was that she was barefoot, her swollen eyes were totally black and blue, she had a fully wrapped white gauzed head dressing—football helmet size, with two dangling Jackson-Pratt drains filled with blood, her hospital gown barely tied in the back, flapping with her nude butt in full view and she’s waving her arms and screaming:

The nurse, who is chasing her down the busy street, finally calms her down and gets her back inside and into bed.

The next day, she remembered nothing.

Just another day in the life!