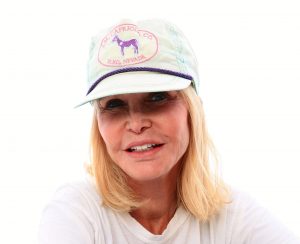 The first day I opened The Hidden Garden Hideaway, I was fully booked. And then madness began. I was a nervous wreck. I had hotel guests, mainly Hollywood’s rich and famous, sporting bruised and swollen eyes and covered in sterile gauze head dressings, sneaking in the back door hiding from the paparazzi. You can understand why I was in such a state. NO ONE IN HER RIGHT MIND WOULD HAVE OPENED SUCH A BUSINESS AND THEN NAMED IT THE HIDDEN GARDEN HIDEAWAY

But looking back, I knew I was in the right place when the phone rang late that afternoon. The operation of the hideaway was complex; all new staff, food preparation, reservations to be booked; I was overwhelmed with figuring it out when a young lady called for information saying she was Jackie Onassis’s assistant. I was shocked at having such a high profile personality call. I had expected Hollywood’s famous but not Jackie O. Then I thought this is too good to be true and realized–it’s a joke!

Thank God, the caller didn’t hang up. When I heard this chuckle on the other end of the line, instantly I realized this was not a joke. Of all the people in the world to call! I was so embarrassed and apologized. I had always wanted to meet Jackie, but never expected it might be at The Hidden Garden. So from then on I never doubted any caller and never had to, as they were all real.

After a few weeks we got into a routine and found that our day actually began in the late afternoon, at the nursing shift change, when the staff would gather to give the updated reports on the guests to the incoming nurses. At first these staff reports seemed E.R. style description and almost scary, but some were so “off the wall” that we’d find ourselves rolling in laugher. And we desperately needed this laughter to release the constant high level of tension.

For you to get the picture of a typical afternoon, one of my early experiences went like this:

FYI: Full facelift procedures are serious surgeries and require some form of a full head dressing, referred to as a helmet dressing. Clean white gauze is wrapped around your head covering your hair and sides of your face wrapping around under the chin. For the first day and sometimes two, there are suction tubes that collect the drainage—a watery-blood substance–into a small clear plastic ball that hangs at the end of these tubes, one on each side of the face. These are called Jackson-Pratt drains. They are filled with this bloody-like substance; not very pretty yet incredibly necessary. The only visible part of the face is swollen and bruised. Some people look better than others.

Hiding some 4,000 celebrities, royalty and international heads of state the anxiety of managing this type of business, 24/7, was beyond anything you can imagine. As anyone who works with the rich and famous knows, it’sintense. For these high profile guests, this was one of the most important “secrets” in their lives and like with any surgery it could be fatal.

Yet, I have to confess, as intense as it was, it was an exciting time.