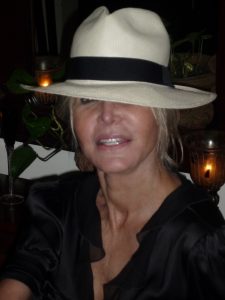 “You are never too old to become younger.”   – Mae West

“Persona” is uniqueness!  A positive persona at any age is a wonderful “trigger” to being ageless.

The British dictionary defines personality as the sum total of all the behavioral and mental characteristics by means of which an individual is recognized as being unique–personal identity, the essential character. The French define the word as: a distinctive character.

“Persona”, according to the British dictionary is the aspect of their character or nature that they present to other people. More defined in the English dictionary as the particular type of character that a person seems to have, which is often different from the real or private character that person has–a person’s perceived or evident personality. This goes back to Ellen Langer’s studies, Erving Goffman’s observations and Eric G. Wilson’s “fake it” experiences. So how does this all effect becoming ageless?

Personality is broken into five components: openness to experience, conscientiousness, extroversion, agreeableness and neuroticism. We are going to assume you are conscience, agreeable and not neurotic. And because I am encouraging you to be open to new experiences, here is where you will understand how personality and persona in the process of becoming ageless works in finding a new relationship.

There is a link found between acting extroverted and positive effect. Theory suggests that extroverts make choices that place them in a more positive situation and they react more to positive situations leading them to a higher degrees of positive effect. Self esteem and self-efficacy has been found to be related to the personality traits of extroversion and subjective well-being. Self-efficacy is one’s belief of having the ability to make important life decisions. Self-esteem is the degree of confidence about themselves and their abilities. Introverts (people who are shy, socially inhibited) using extroverted behaviors (acting talkative, assertive, adventurous and outgoing) counter to their dispositional nature, experienced positive affects: happiness and enjoyable emotions.

This is why we need to learn to develop our “persona”—our introverted selves using extroverted behaviors.